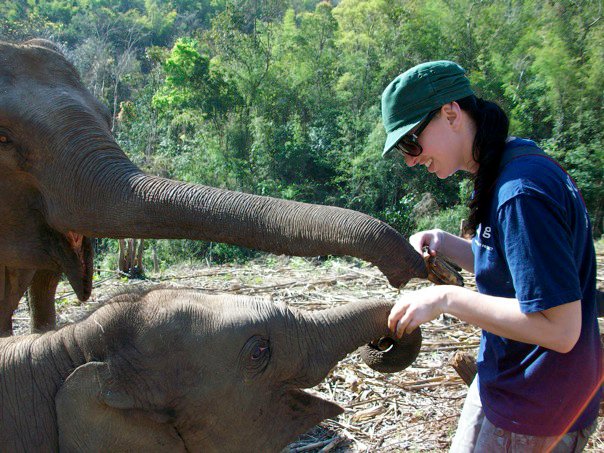 We are so blessed at MDE to have the pleasure of working with such empowered young women. Our clients are truly the inspiration behind our work and it makes it ever so easy to LOVE our job when the women that we are surrounded by are intelligent, hard working, and successful - and as beautiful on the inside as they are on the outside... 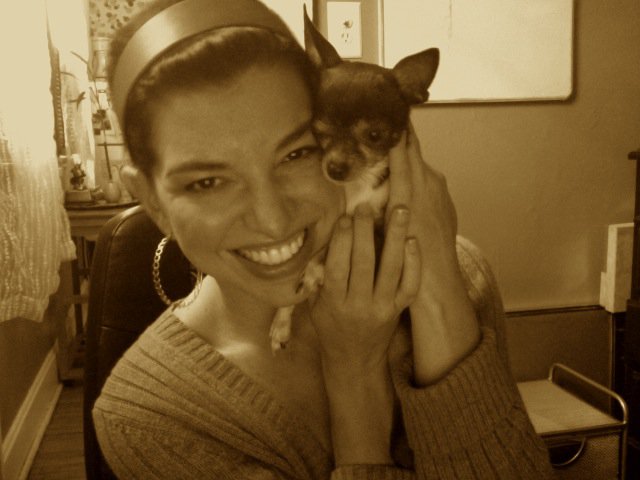 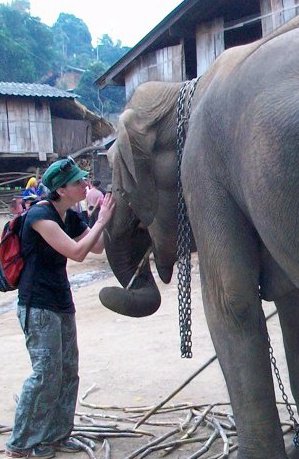 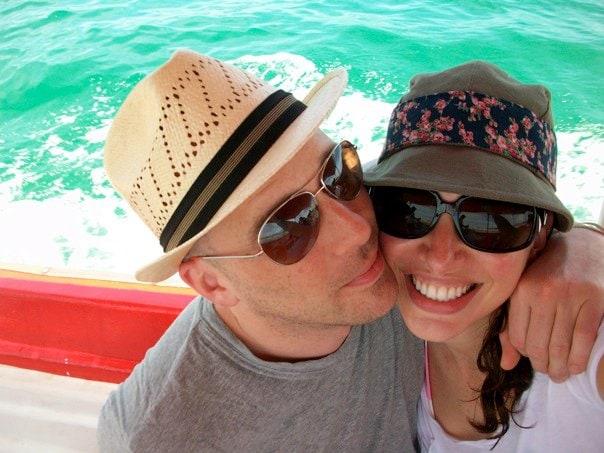 Lindsey Pearlman is just such a bride. We are thrilled to be planning her fall 2012 wedding and think she is someone that you should know. Lindsey is an avid animal lover. She owns and operates Sit and Stay Chicago and has been taking care of MDE's very own Gigi Durpetti for most of her life (Sit and Stay absolutely ROCKS, by the way... We HIGHLY recommend). In addition to owning and operating this business, acting, taking care of her wonderful fiance, Vance, and the other 9,000 things that Lindsey deals with on a daily basis - she speaks for those who have no voice - abused animals. And we have MAD respect for her because of it!

Last year, Lindsey traveled to Thailand to volunteer at an elephant sanctuary - and this sparked a new fuse of dedication and passion in Lindsey's quest to give animals a voice that demands to be heard.

There are an estimated 1,500 Asian elephants left in the world (down from 100,000 at the turn of the 20th century,) leaving them extremely endangered. The vast majority of these elephants now live in captivity. On average elephants forage and eat for 20 hours a day, and sleep for 4. They mourn the deaths of one another and are one of few mammals who have self awareness, experience joy, love, and sadness and also have unbreakable bonds with their babies.

When Lindsey  traveled to Thailand, she worked in the GVI Thai Elephant Volunteer Program. Her passion for animals coupled with a strong determination to curtail animal cruelty led her into the East to work with these enormous, yet adorable creatures.

GVI stands for Global Vision International, which is a non-politcal, non-religious organization, which through its alliance with over 150 project partners in over 30 countries provides opportunities for volunteers to fill a critical void int he fields of environmentl research, conservative, educatiom, and community development.

Those who participate in the program can learn about elephant behavior and make a profound difference in the elephants' lives by providing working alternatives for elephant management. to donate to this program, click here  (we have 🙂

Recently, Lindsey has learned that to speak on behalf of elephant rights is not always a large global issue - and that in fact, it can hit very close to home... including those horribly mistreated in circuses, sadly well known for wide spread animal abuse and not as a place to bring children to see magical things happen. “Children who watch these performances learn that it is acceptable to force another living creature to do something that is stressful, and often even painful, as long as it serves the purpose of entertainment. This mindset will carry over into their relationships with people, and it will not serve them well in life.”

(the above quote is an excerpt from the Global Animal's "What does the circus really teach kids about animals?", written by Molly-Marie Canales. To read it in its entirety, click here )

Recently she discovered that Groupon is offering a family four pack to the George Carden Circus Spectacular.

Says Pearlman, “unlike the image the public receives of circuses - filled with cotton candy, clowns, and happy performing animals - the reality behind the facade is one of torture, sadness, and pain.”  We salute her and her efforts and support her 100%.

To learn more about the horrible conditions that animals can suffer in the circus, please click here or here

Lindsey on Groupon: “Over 650 people purchased this deal.  I contacted Groupon immediately, and began providing information regarding the business they were promoting.  For the past six days, I have been working to convince them to remove the deal, refund the money, and take this opportunity to help these animals receive the public awareness they deserve.  Because Groupon is such a popular source of consumer interest, their voice is invaluable.  I believe this is a great opportunity for Groupon to come out of this with a boosted public image.

Pearlman on her petition: “I have created a petition, asking Groupon to pull the deal.  The petition is signed only by people who pledge to end their relationship with Groupon if the company does not follow through. This Groupon offer a tragic mistake, but can have a beneficial outcome. Groupon, pull the deal, refund the money, and explain to the consumer why.  Many people are unaware of the realities of circuses. Once they become educated I believe they will decide they do not wish to give their hard-earned money to such a sad industry.  Groupon can help us spread the word and make a statement.  650 families of four are reachable through Groupon, and the ripple effect is immeasurable.  This can only serve to inspire consumers; the ethical choice is the best choice."

Excerpts of this blog were taken from an article written by Sarah Terez-Rosenblum to read the entire article, click here

To join in Lindsey Pearlman’s fight sign her petition here. (we sure did!)