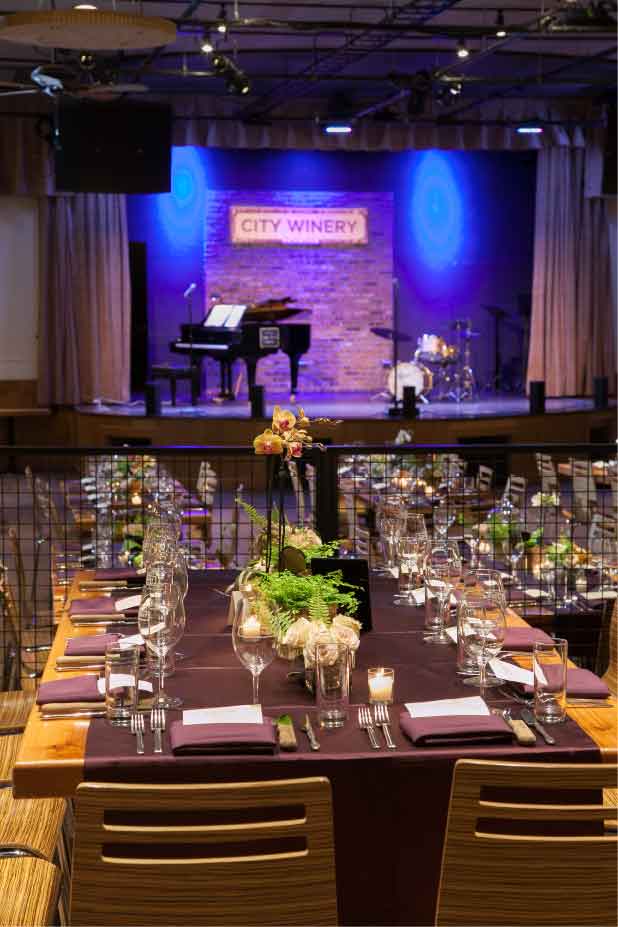 We were thrilled to produce Chicago Opera Theater's 39th Anniversary Gala on May 16th! This year's gala was held at City Winery, which was a perfectly unique venue for an organization whose tagline is "More of the different"!  To start the night's festivities, COT hosted their guests to a lovely cocktail hour on the patio with a fantastic wine tasting by City Winery's sommeliers. The weather was a perfect 75 degrees, and everyone enjoyed one of the first perfect Chicago summer nights outside. While guests sipped cocktails, they also bid feverishly on the silent auction which featured items such as a Marc Jacobs purse, a staycation at the Radisson Blu, tickets to the Lakeview Baseball Club, and French and Spanish lessons! 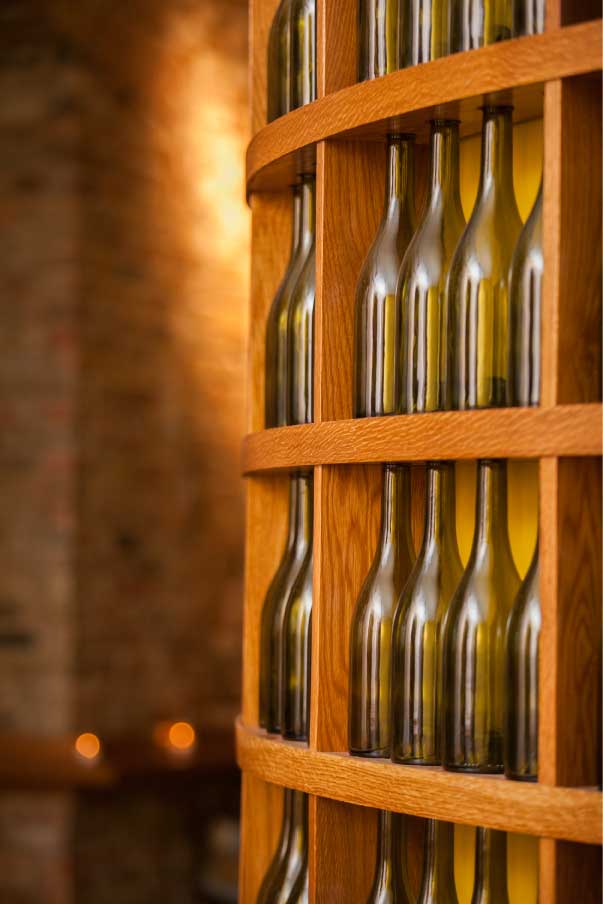 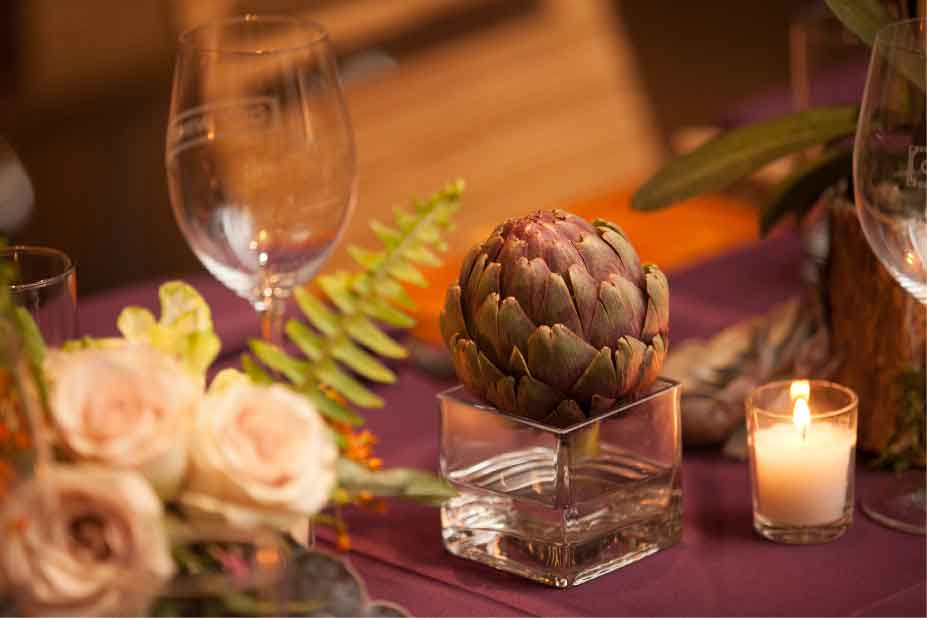 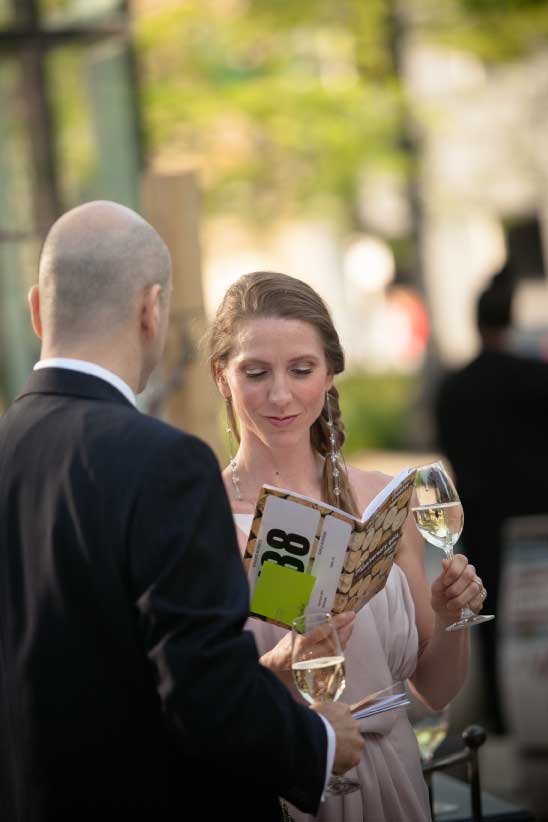 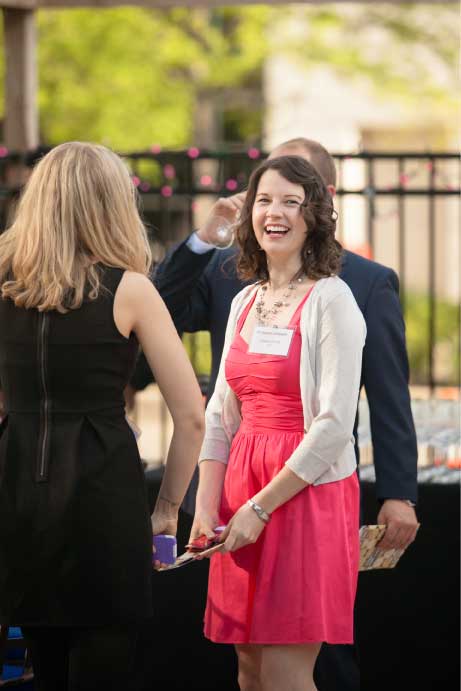 Following cocktail hour, guests were treated to dinner and a show. This year's gala performance unveiled the 2014 season exclusively to guests! Performed by Nmon Ford and Suzan Hanson, attendees got a glimpse of Queenie Pie, The Emperor of Atlantis/The Clever One and Macbeth. Needless to say, all in attendance are thrilled and excited for the new season! 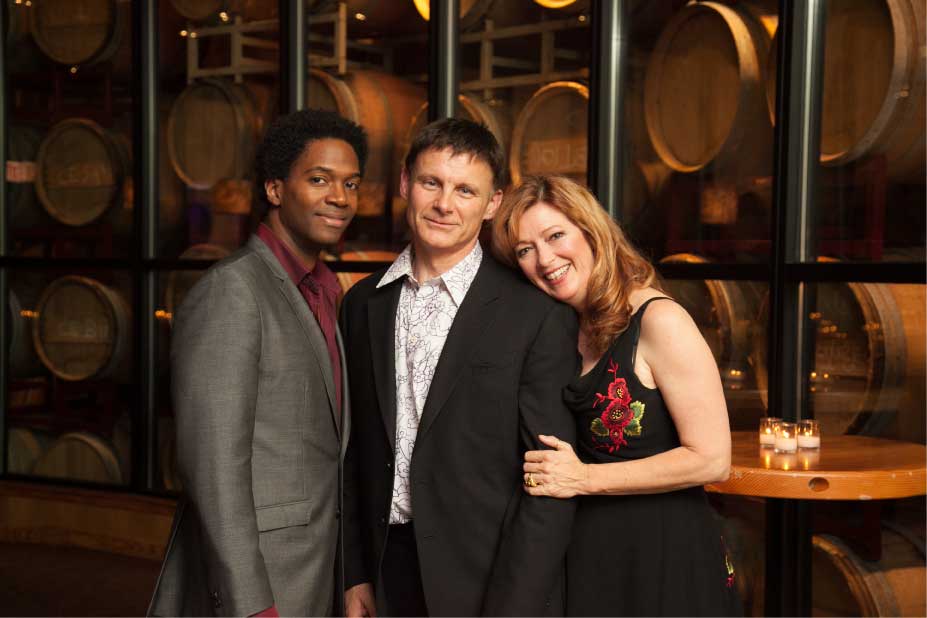 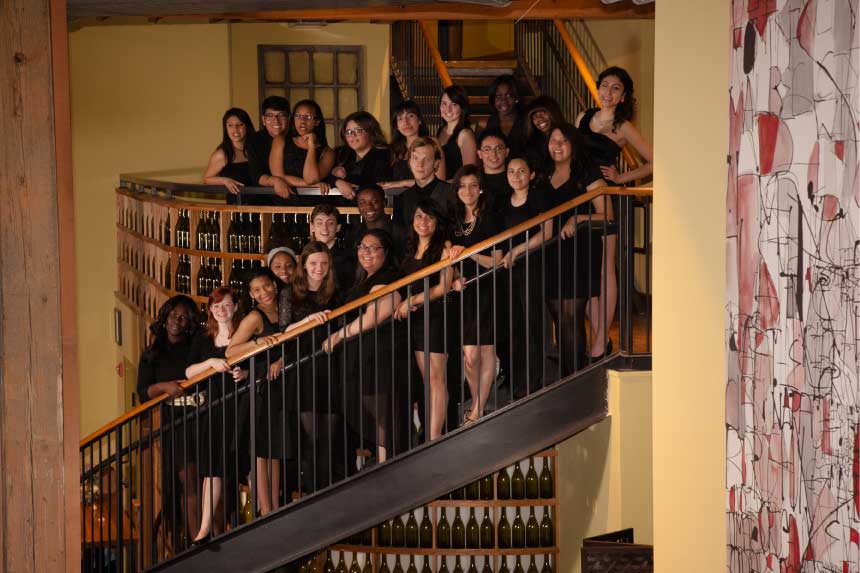 City Winery's kitchen created delicious entrees including ribeye, cornish hen and a delicious vegetarian entree of faux marrow. Paired with great wine, the meal was a hit all around! During dinner, there was a special video and performance by teens participating in the COT for Teens program. The night's agenda also included a rowdy live auction! Auction items included a Wisconsin fall getaway, creating your own recital with Maestro Mitisek, backstage passes to a Chicago Opera Theater performance, and the chance to star in Verdi’s Joan of Arc! Guests really got into the live bidding and raised money to support COT's important programming. 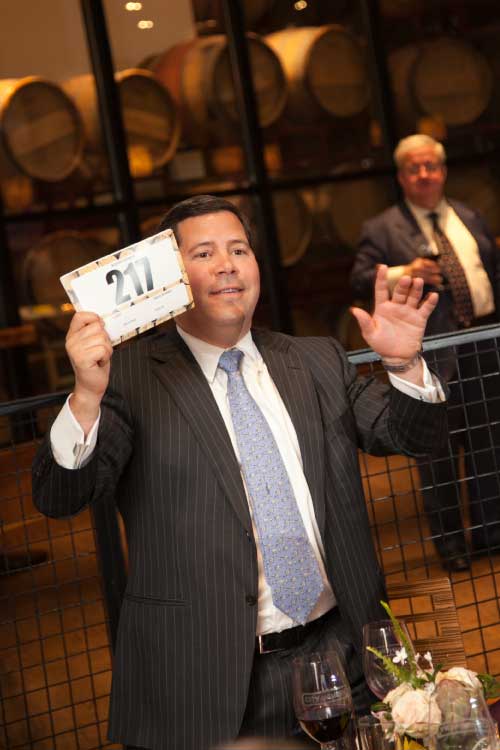 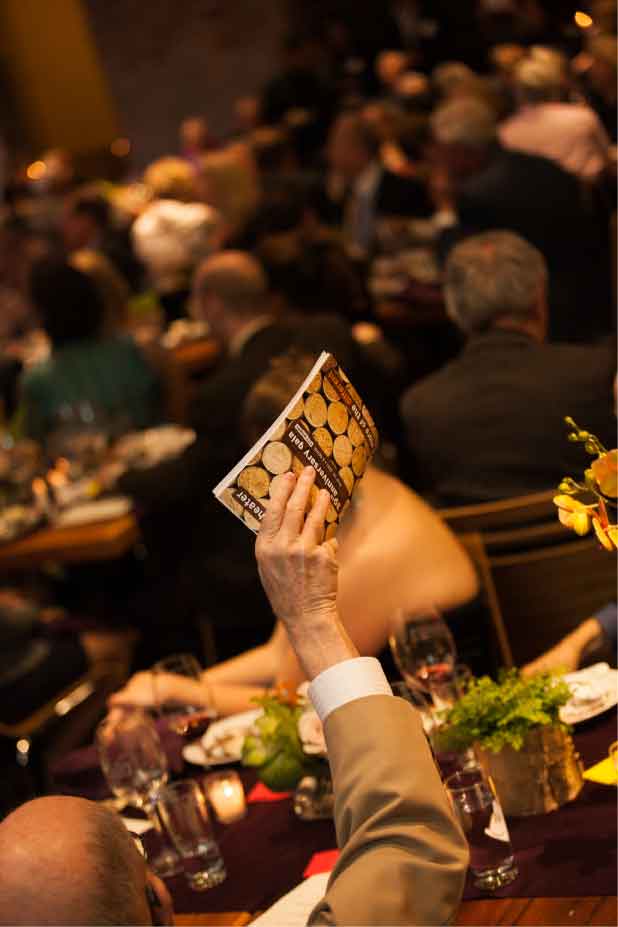 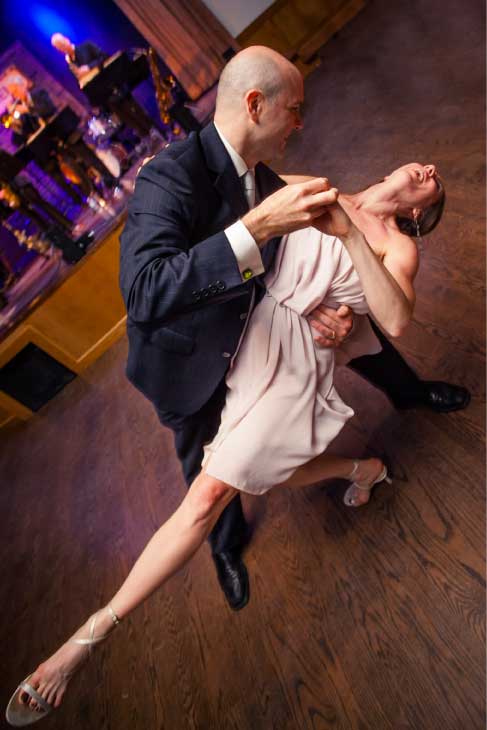