The 2014 Chicago Hunter Derby, a recurring MDE client, makes its largest donations to charity to date after the success of the 2014 event that we were so proud to design and produce! Way to go Lynn, Carl, Rush and the entire CEC team! Special thanks to Exquisite Designs Chicago, Molise PR, DBY Events & Invitations, Hall's Rental Service, Automated Lighting Design and so many more vendor friends and colleagues who so graciously contributed to making this event the huge success that is was! NICELY DONE!

View a glimpse of a feature in Chicago Equestrian below: 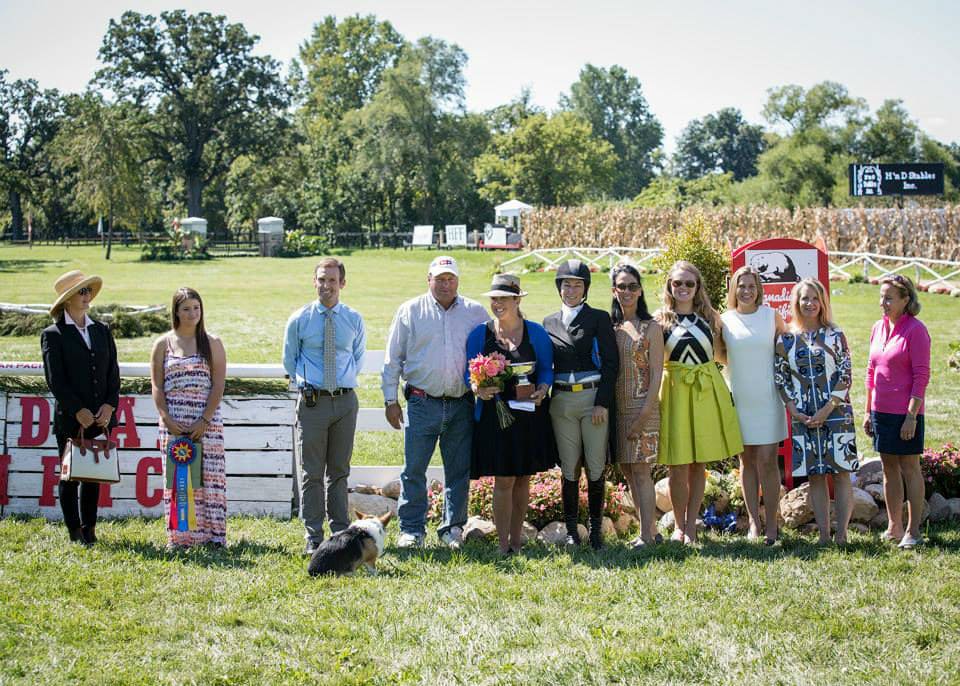 Antioch, IL – December 6, 2014 – Members of Chicago Equestrians for a Cause (CEC) met on Giving Tuesday to present gifts to their three charities totaling $150,000. The funds were raised through the Chicago Hunter Derby presented by Canadian Pacific, which took place in September. The premier Chicago Hunter Derby at Annali-Brookwood Farm featured the $50,000 USHJA International Hunter Derby sponsored by Canadian Pacific and the $5,000 National Hunter Derby sponsored by Sapphire Riding Academy. The three charities that benefitted from the event were: the USHJA Foundation, University of Chicago Cancer Research Foundation (UCCRF) and Ann and Robert H. Lurie Children’s Hospital of Chicago.